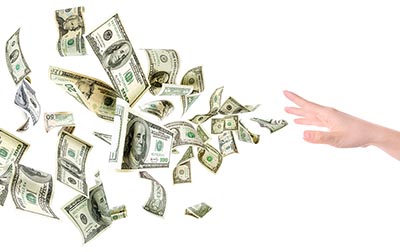 The Bay Area’s prolonged inventory drought has created an exceptionally competitive housing market, with the average property receiving anywhere from two to four offers and six in 10 homes selling for more than asking price. To successfully close a sale, local buyers are putting down much larger down payments than the national average, and a substantial number are leveraging co-borrowers to help them qualify for the mortgage.

That’s according to a recent report from ATTOM Data Solutions, which puts the median U.S. down payment at $18,850 as of the second quarter, representing 7.3 percent of the cost of a median-priced home. The median down payment is now at its highest level since the third quarter of 2014, when it was 7.4 percent.

Buyers in the San Jose and San Francisco metro areas put down about three times the U.S. average in the second quarter and the largest percentages in the country. In San Jose, the median down payment was $242,000, accounting for 25.2 percent of the median-priced $962,000 home. Buyers in San Francisco made down payments of $176,000, equaling 22.3 percent on a $790,000 property.

The report also found that co-borrowing is on the rise both nationwide and locally, as hopeful buyers look for a leg up on the competition. For all U.S. single-family homep-purchase loan originations in the second quarter, 22.8 percent involved nonmarried co-borrowers, up on both a quarterly and annual basis.

“Homebuyers are increasingly relying on co-borrowers to help with home purchases, particularly in high-priced markets where sizable down payments are necessary to compete,” ATTOM Data Solutions Senior Vice President Daren Blomquist said in a statement accompanying the report.

That’s certainly true in pricey California, where half of the top six cities for co-borrowing are located. San Jose had the highest share of co-borrowers in the U.S., at 50.9 percent. In Los Angeles and San Diego, the share of multiple borrowers was a respective 31.1 percent and 29.4 percent.

Even with a co-borrower, Bay Area homebuyers will still need significant down-payment savings to stand a decent chance of competing in the current market. Fortunately, as a blog post from the National Association of Realtors points out, there are some relatively simple sacrifices hopeful homeowners can make to save for down payment quicker, including skipping their morning coffee, bringing lunch to work, and cutting the cord on cable TV.