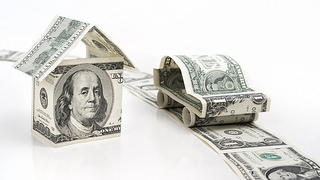 Although home prices eased a touch across the Bay Area from August to September, they still grew at more than twice the statewide rate on a year-over-year basis.

On an annual basis, Bay Area home prices were up 10.7 percent, more than double the 4.3 percent price growth recorded in California. Eight of nine counties saw year-over-year price gains, ranging from 13.3 percent in Alameda to 4.0 percent in Napa. In Marin County, home prices fell by 9.4 percent from September 2014.

In a statement accompanying the report, CAR Vice President and Chief Economist Leslie Appleton-Young said that home prices across the state are moderating due to more buyers seeking out lower-priced areas. She noted that home sales in the Central Valley represented 26.4 percent of California transactions in September, up from 25.5 percent one year ago. During that same time period, the share of Bay Area homes sold declined from 18.8 percent in 2014 to 17.2 percent this year.

An uptick in sales in California’s Central Valley could likely be due to the rise of so-called “mega-commuters,” San Francisco and Silicon Valley workers who are willing to travel hundreds of miles from far-flung places where homes are much more affordable. The San Jose Mercury News recently reported on this trend, documenting back-breaking commutes such as the trek between the San Joaquin County city of Manteca and downtown San Francisco — a 150-mile round trip that can take up to three hours each way.

Bay Area workers hoping to buy a home closer to the office had a bit more properties to choose from as fall officially began, with the months’ supply of inventory (MSI) across the nine-county region rising from 2.3 in August to 2.5 in September. Napa and Solano were the only local counties where inventory dropped on a month-over-month basis.

Bay Area homes continued to sell at a quick clip in December, with the properties finding a buyer in an average of 22.3 days, unchanged from the previous month. Alameda County had California’s fastest past of sales, at 18.0 days, followed by San Mateo (18.7 days), Santa Clara (19.1 days), Contra Costa (20.3 days), and San Francisco (21.5 days) counties.