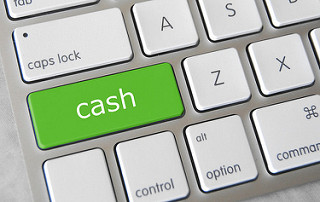 Bay Area All-Cash Sales Bounce Back in a Big Way

All-cash sales across the U.S. rose to the highest level in nearly three years in November, with Bay Area cities posting the largest increases in such transactions.

According to a recent RealtyTrac analysis, all-cash transactions accounted for 38.1 percent of single-family home and condo sales in November, up from 30.9 percent in November 2014. That’s the highest level of all-cash deals since March 2013 and follows 29 straight months of annual declines.

In a statement accompanying the report, RealtyTrac Vice President Daren Blomquist attributed the uptick to a combination of more international investors and new Consumer Financial Protection Board regulations.

“The jump in cash sales is likely a knee-jerk reaction to the new documentation and disclosure rules for mortgages that took effect in October, making it even more difficult for buyers using financing to compete with cash buyers in the already competitive housing market,” he said. “Global economic instability may also be driving more foreign cash buyers back to the relative safety of U.S. real estate.”

Even though the Bay Area is home to some of the country’s most expensive real estate, RealtyTrac’s numbers demonstrate that there are still plenty of buyers here who are liquid enough to not need a mortgage. The San Francisco-Oakland-Hayward metro area saw the biggest annual increase in all-cash sales of any region with at least 1 million residents, up 89 percent from November 2014. All-cash sales accounted for 37.2 percent of San Francisco sales.

The San Jose-Sunnyvale-Santa Clara metro area wasn’t far behind, with a 74 percent increase in all-cash sales year over year, the second-largest gain in the U.S. RealtyTrac says that cash buyers accounted for 31.6 percent of transactions in San Jose.

Last fall, Pacific Union conducted its own internal analysis of our firm’s all-cash sales, and found that about two-thirds of the buyers purchased a home as a primary residence. The vast majority of these buyers were domestic, with international buyers accounting for just 6 percent of those sales.