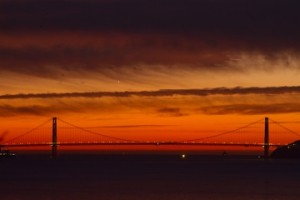 Home prices in the East Bay city of Albany are near their two-year highs, and it’s easy to understand why: Albany offers an ultraconvenient location for commuters, top-notch schools, sweeping waterfront vistas, and an abundance of shopping and restaurants.

Located in the northwestern corner of Alameda County and adjacent to San Francisco Bay, Albany is sandwiched between Berkeley to the south, Kensington to the east, and El Cerrito to the north.

Interstate 80 stands less than a mile west of the city limits, offering commuters easy access to both the San Francisco-Oakland Bay Bridge and the Richmond-San Rafael Bridge. Those who prefer to take public transportation are less than two miles away from either the North Berkeley or El Cerrito Plaza BART stations.

The mile-long stretch of Solano Avenue between San Pablo Avenue and The Alameda — parts of which are actually in Berkeley — packs more than 65 restaurants and 30 stores into a compact, pedestrian-friendly promenade. Popular delicacies with the locals include deep-dish pies at Little Star Pizza, Mexican food at Cactus Taqueria, and Nepalese cuisine at Kathmandu Restaurant. Two grocery stores – Andronico’s Market and Safeway – are also located on Solano. On the second Sunday of each September, Albany hosts the Solano Avenue Stroll, a 26-block long outdoor festival and party.

For a city of 18,000, Albany’s entertainment options are nearly as varied as its restaurants. The Landmark Albany Twin movie theater screens independent and foreign flicks, while the Ivy Room hosts live music several nights per week. Farther north on San Pablo is local institution Albany Bowl, where patrons can knock down pins on 36 lanes or catch a game at the sports bar. And those who want to try their luck with the ponies can do so at nearby Golden Gate Fields, which runs live horse races several times per week most months of the year.

Albany is home to seven public schools, including four elementary schools. In 2012, the Albany Unified School District notched an overall state Academic Performance Index score of 892 out of 1,000. “[The schools are] the most common reason people move to Albany,” said one of Pacific Union’s top East Bay real estate professionals, noting that the city’s excellent community center and library also appeal to families.

The architectural style of Albany homes includes bungalows, cottages, and Mediterranean-style houses. According to MLS data, June median home prices in the city hit $778,000, a year-over-year spike of 27 percent and slightly higher than the current $756,000 median price in Pacific Union’s East Bay region.

Inventory in Albany was just as scarce as it was in other areas of the East Bay, with 82 percent of listings either closed or under contract at the end of June.